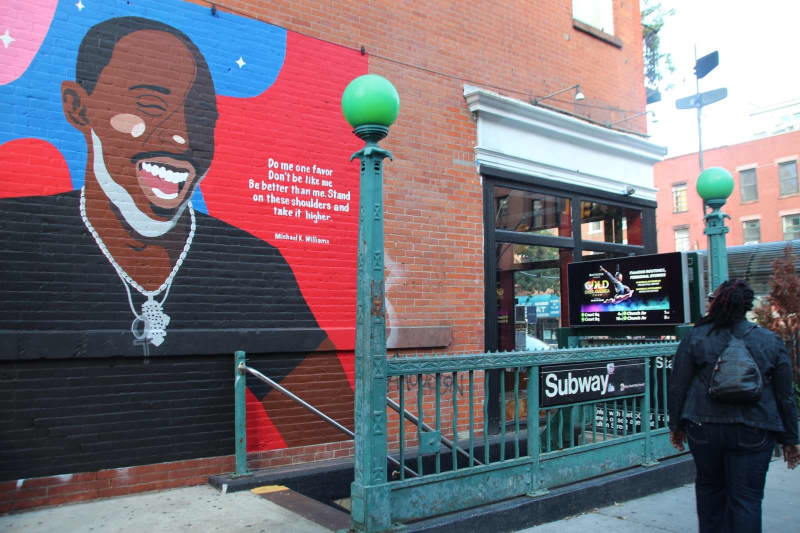 The US actor Michael K. Williams, best known for his role as Omar in cult TV series “The Wire,” has been honoured with a mural by a New York subway just weeks after his death in early September. A large painting by artist Sally Rumble, showing the actor’s memorable scar from his forehead to his cheek, now adorns the outside wall of a bar in the borough of Brooklyn – although for many he will remain synonymous with Baltimore’s West Side. Williams rose to fame in the role of a shotgun-toting Baltimore criminal who steals from drug dealers in “The Wire” but later went on to further acclaim in oth…

See also  Dana White: Conor McGregor is one of the biggest stars in the history of combat sports