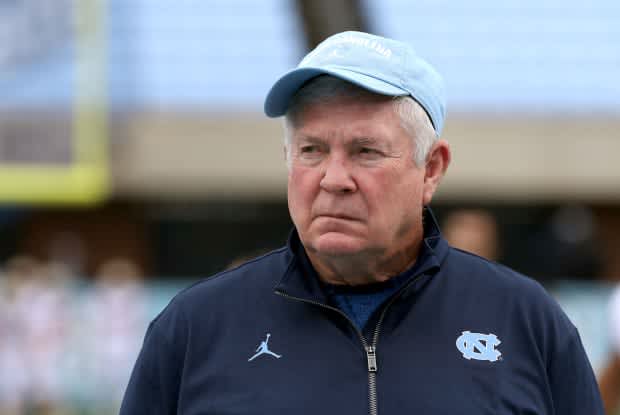 By Daniel Bates Mack Brown had plenty to say to officials after a very questionable penalty call on fourth-and-goal that quickly resulted in six points for Notre Dame. The normally calm 71-year-old showed some of his fire on the sideline, throwing his hat and laying into a group of referees. Fans reacted to Brown’s blow-up on social media. A rare sighting down in Chapel Hill.