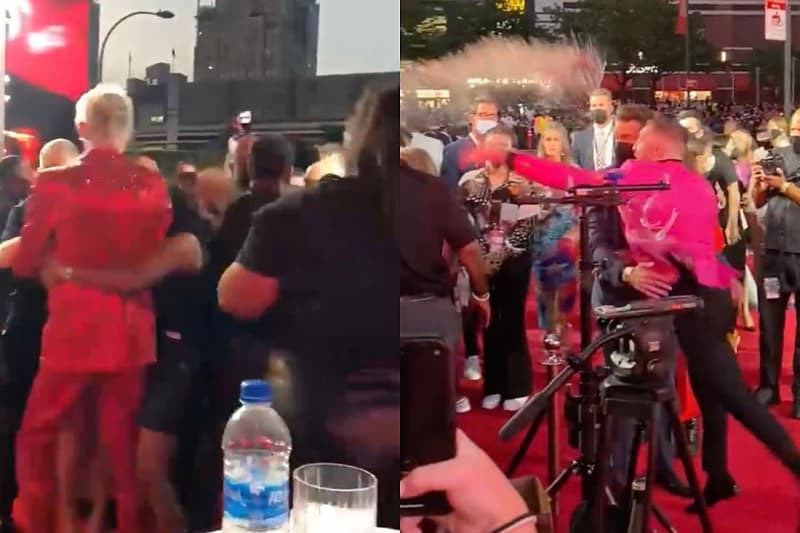 While the 2021MTV Video Music Awards appears to have go on without a hitch during the live broadcast tonight (Sept. 12), the same can’t be said for what apparently to happened on the red carpet just before the event aired. According to TMZ on Sunday night and based on video footage that began circulating the internet during the annual award show, UFC fighter Conor McGregor apparently swung at Machine Gun Kelly right before the show commenced and there’s clips and still photos to prove it. However, despite McGregor’s swings, it doesn’t look like any of the punches actually landed. Sources claim…