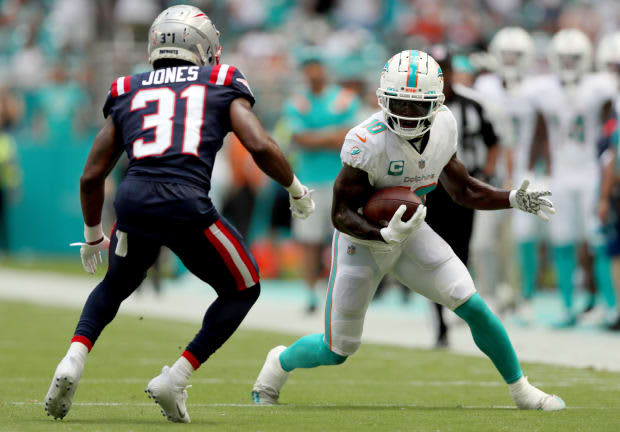 By Daniel Bates Tyreek Hill had some interesting praise for coach Mike McDaniel after the Dolphins 20-7 over the New England Patriots on Sunday. Talking to reporters in his postgame media session, Miami’s new addition said “McDaniel’s gonna need a wheel barrow for his nuts to carry them around,” following his decision to go for it on a key 4th-and-7. Cheetah’s comments started to go viral shortly after. “Meanwhile, in Miami:” tweeted Niners beat writer Jake Hutchinson. “I love this man,” a Dolphins fan said. “This made me fall out of my chair.” A change in culture on South Beach.