Albert Berard was part of the first wave of U.S. soldiers who stormed France’s Omaha Beach on D-Day, June 4, 1944.

He walked into hell. All around Berard, men were cut down in a haze of bullets and blood. An explosion sent him to the sand and something landed on his back. It was a severed arm. He was 19.

Nearly 76 years later, Berard lay in his bed in a Massachusetts nursing home dying from complications of COVID-19. He passed away without family at his side on April 27. He was 95.

“These men risked going to war and dying in a foreign place all alone, and now they’re dying away from home without anyone,” says his son, Wayne-Daniel Berard, 68. “We know this generation is old and dying. But they deserve to have people around them. That’s the heartbreaking thing.”

With the coronavirus disproportionately claiming the elderly, especially nursing home residents, some worry it could accelerate the passing of the World War II veterans known as The Greatest Generation, those 16 million American servicemen and women heralded for their heroic exploits and selfless sacrifice in a conflict that killed 407,317. Today, only around 300,000 WWII vets remain. 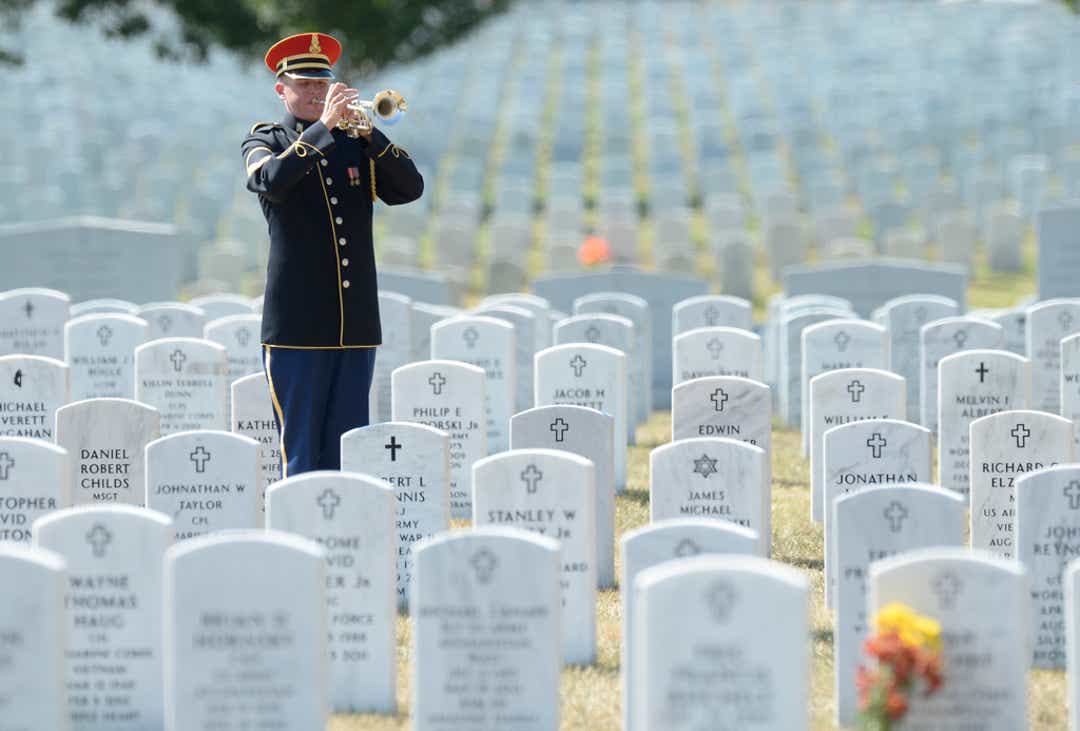 No organization is keeping track of the virus fatality rate of this specific cohort. But a USA TODAY search of 170,000 obituaries published so far in 2020 has found almost 700 mentioned COVID-19 as a contributing cause of death, and of those, a little more than 1 in 25 were identified as World War II vets.

What the virus is taking away, veterans-group officials and historians say, is a priceless chapter of the American story, one marked by the defeat of a Nazi Germany regime that claimed 11 million Jewish and non-Jewish victims during its attempt to take over Europe.

That history never leaves us. On May 8, the World marked the 75th anniversary of V-E Day, or Victory in Europe, the day Nazi Germany surrendered. Looming ahead are Memorial Day, honoring the death of all U.S. military personnel, and the June 4 anniversary of D-Day, when allied forces successfully attacked German troops in France in a victory that ultimately turned the tide in the war.

“The tragedy of COVID-19 speeding up our loss of these great people in that when they go, we lose a part of history,” says Keith Huxen, senior director of research and history at the National World War II Museum in New Orleans.

“What they went through in their lives is unimaginable to us today,” he says. “Living through the Great Depression for one, and then going to war. The value of having them around is that they are inspirational. They are the true children of democracy.”

Huxen says anyone looking for a shot of inspiration in these difficult times should stream a video interview of a WWII veteran through the museum’s connection, where 500 of some 10,000 oral history conversations are available. 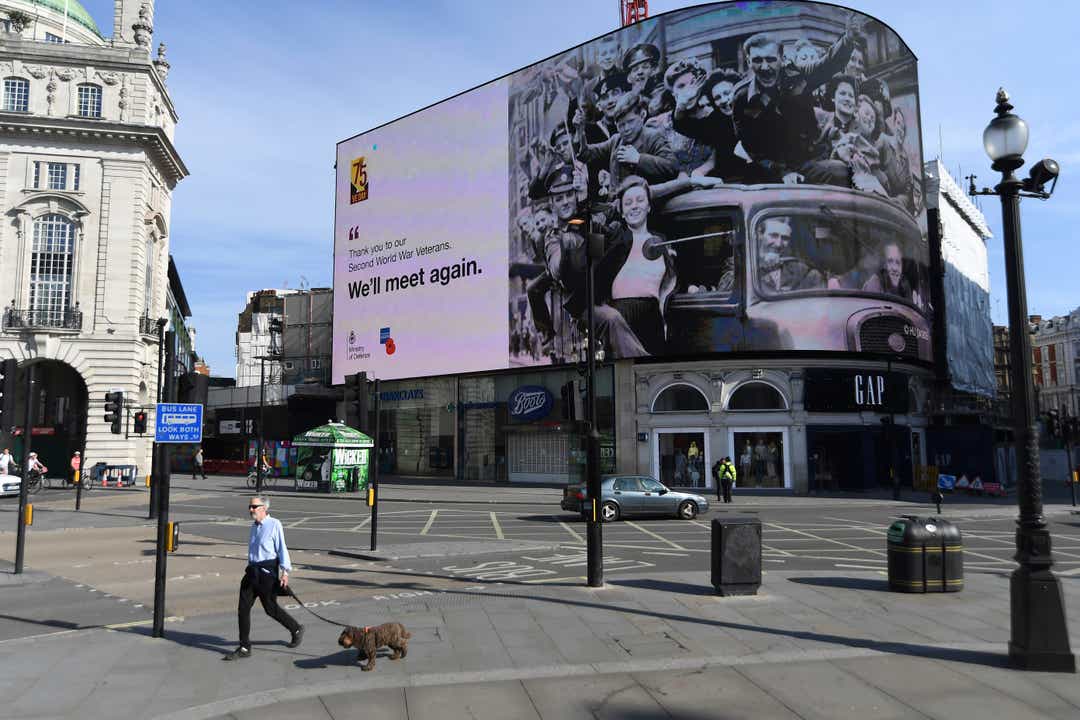 Young people, says Huxen, can get insights into how this generation “overcame tremendous odds,” whether learning to fly a fighter plane almost overnight or simply finding the courage to storm a beach with only a hand gun.

“But what you really take away from these guys is they always say they fought for the same thing, their buddies,” he says. “It was personal to them. And in some ways, we can relate to that now. We make sacrifices so that others around us don’t get sick.”

There are big differences between the two epochal challenges. During WWII, a war-time economy drove unemployment down to 1.2% in 1944, in stark contrast to today’s economic shutdown and 15% jobless rate.

And where that war saw Americans bond against a common military foe, today divergent state- and even county-level approaches to lifting stay-at-home orders speak to a yawning divide about the best way to reopen the nation. 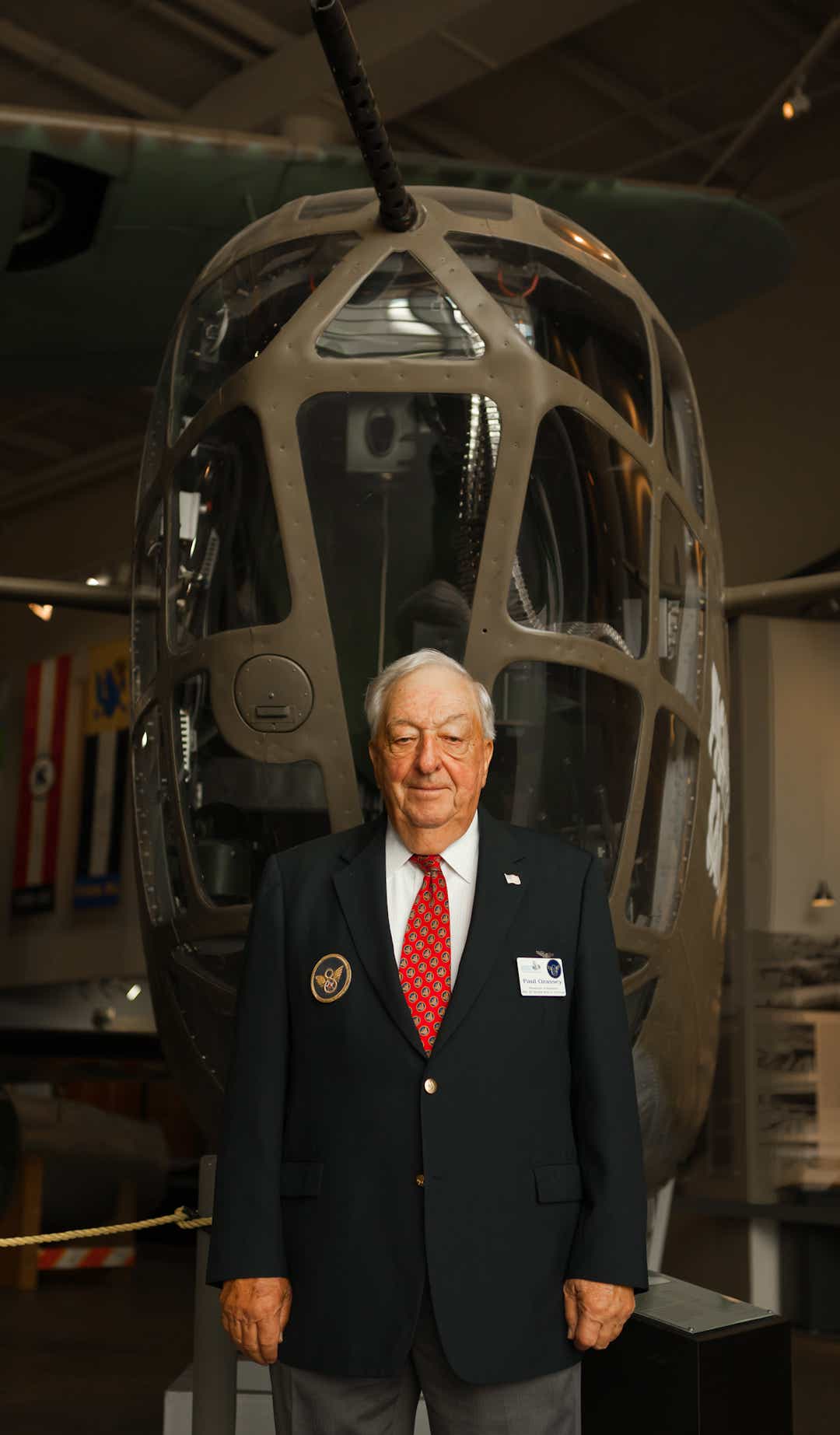 WWII veteran Paul Grassey, 97, of Savannah, Georgia, says the nation should and can find that sense of common purpose again.

“We fought a war and won it in three and a half years after a great national effort, and that’s the only thing we can do today with this virus, come together to beat it,” says Grassey, a B-24 bomber pilot who received France’s Legion of Honor medal for helping liberate that country from the Nazis.

But, Grassey laments, “we’re working with half the country, we need to get everyone behind this movement, we can’t have one guy saying one thing and another guy saying it’s all wrong.”

In echoes of WWII, Grassey adds that “we need to get our factories all working to make things we need to fight this, and we need a Marshall Plan for the World,” a reference to the American blueprint for rebuilding a decimated Europe.

Most of his brothers-in-arms are gone, and he’s being careful in these coronavirus times, washing his hands often and not venturing out much. He’s soldiering on, upset only by the current state of the national mood. 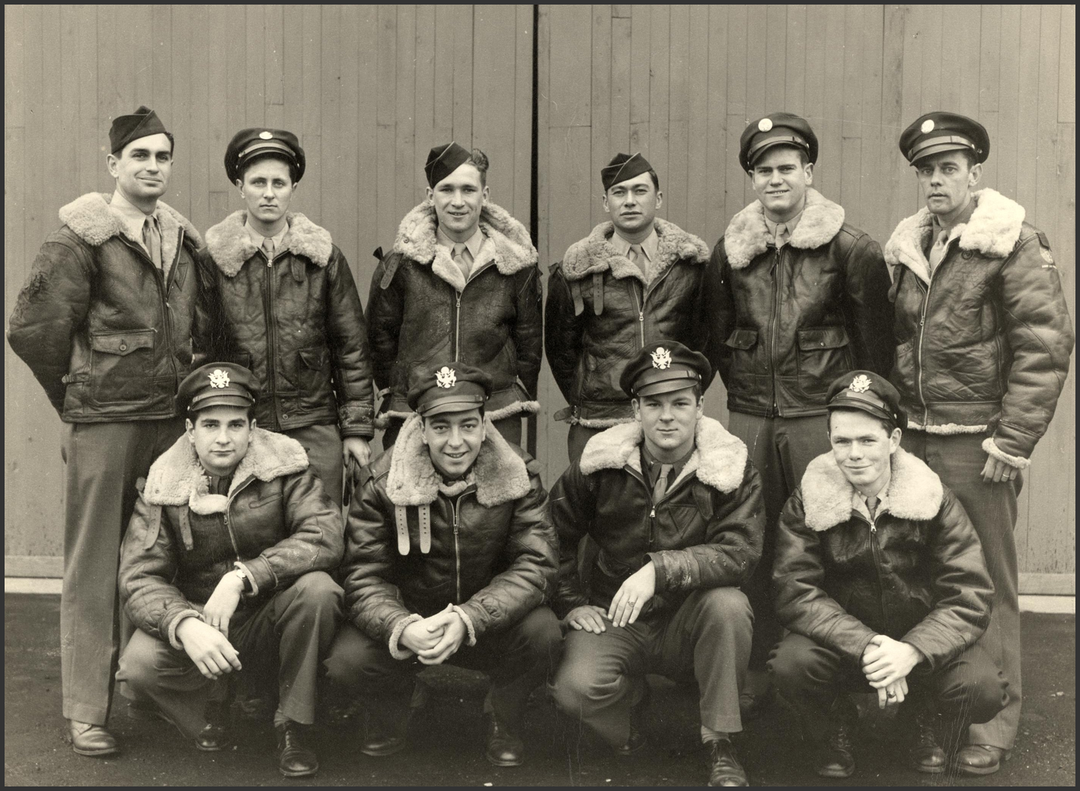 It remains unclear if the U.S. will find that unified spirit so evident 80 years ago, says Douglas Brinkley, professor of history at Houston’s Rice University and author of the WWII chronicle, “The Boys of Pointe du Hoc: Ronald Reagan, D-Day, and the U.S. Army 2nd Ranger Battalion.”

“In World War II, we were all in it together, but in fighting COVID-19 it almost seems we’re in a neo-Civil War due to our deeply polarized society,” he says.

Brinkley says one enduring memory of his many interviews with WWII vets during his time as director of the Eisenhower Center for American Studies at the University of New Orleans was “how proud they all seemed to be of the unity the country showed, how the U.S. appeared as this shining city on the hill.”

A look through some of the obituaries of WWII veterans felled by complications from coronavirus reveals glimpses into quietly impressive lives. 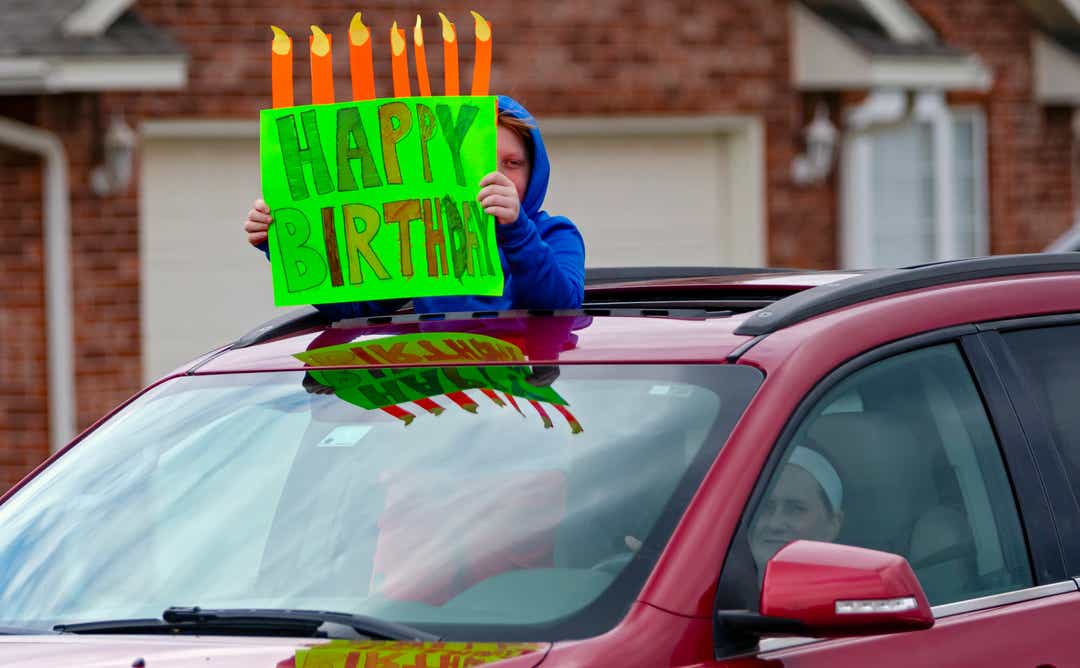 There’s Harold L. Hayes, who died on April 2 at age 96 in Ft. Wright, Kentucky. The war put college on hold and Hayes joined the Navy, where he was an original member of the Underwater Demolition Team, a precursor to the elite Navy Seals. He forged a career at General Electric, was a lifelong athlete, became active in local politics and was a devoted father and grandfather.

And Dominick J. D’Stefan, who died on April 13 at age 92 in Florham Park, New Jersey. During the war, he was a radar technician on the U.S.S. Worcester, which seeded his lifelong passion for electronics. D’Stefan went on to work at fabled Bell Labs, where he both met his wife Shirley and worked on the Telstar Project, the first successful transmission of a radio wave to a target in space and back.

Some obits put a spotlight on the women who helped the war effort, which included millions who headed from farms to factories to build the armaments of war.

Mary Ann Yazzie died on May 2 at age 96 in Farmington, New Mexico. During the war, Yazzie, a member of the Navajo Nation, moved to Utah and worked in a factory making nuts and bolts and other parts for the war effort. Her varied off-reservation jobs included teacher, police officer and horse trainer. Describing her as very healthy and only on blood pressure medication, Yazzie’s relatives said she had expected to live many more years. Coronavirus dashed those hopes.

In almost every case, the obituaries note that a private family memorial would be held at a later date. For many family members, what also is missing are the various military honors that often accompany the burial of a veteran.

“A lot of people aren’t receiving what they should, which includes guns firing, bugles playing and a flag being passed along to loved ones,” says Doc Schmitz, national commander-in-chief of the Veterans of Foreign Wars, the Kansas City, Missouri-based organization with 1.6 million members. 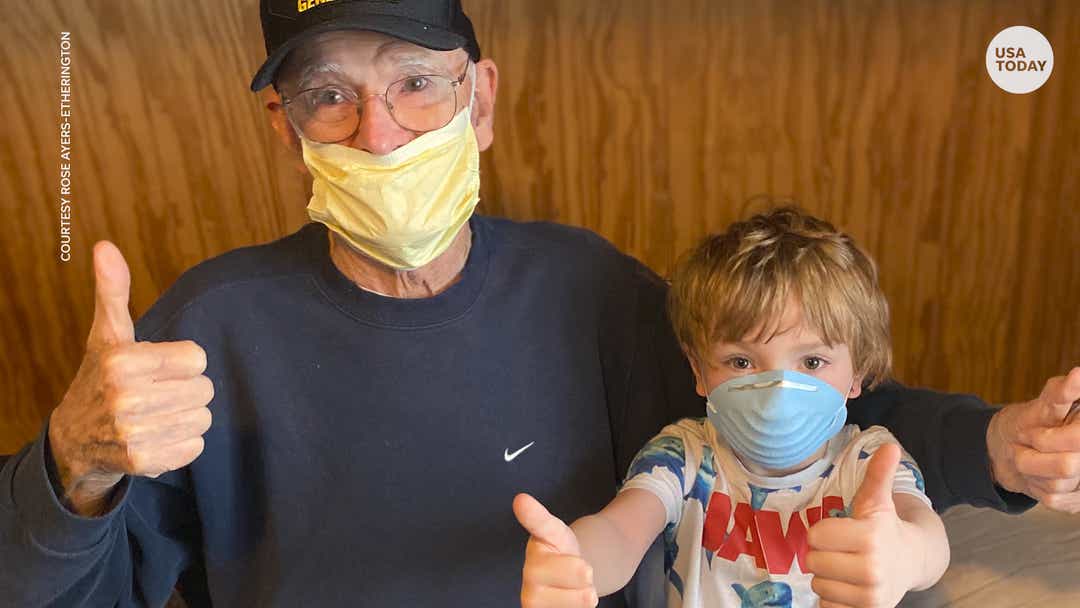 “We’re keeping lists and letting families know that down the road, our local VFW teams will do these honors,” he says. “We will give something these great men and women should have had.”

Schmitz says what saddens him most about coronavirus hastening the demise of WWII veterans is that hearing about those days from those who lived through them has a much more profound impact than simply reading about that time in books.

“I watch old war movies and laugh, because it was far worse from what those guys tell me,” he says. “My only advice is, if you know or knew a veteran, share those stories you heard with someone else. Like they say in the movie ‘The Last Samurai,’ don’t tell me how a man died, tell me how he lived.”

Wayne-Daniel Berard, a professor of English at Nichols College in Dudley, Massachusetts, remembers his father as a man who could build or fix anything.

“We’d joke, if dad were God, he’d have built the World in five days and even a little bit better,” he says of his father, who spent his life as a metal worker in Taunton, Massachusetts, near the Rhode Island border. He rewired the family house and later replaced all its plumbing. When he wasn’t building things, he was teaching others how to do so. 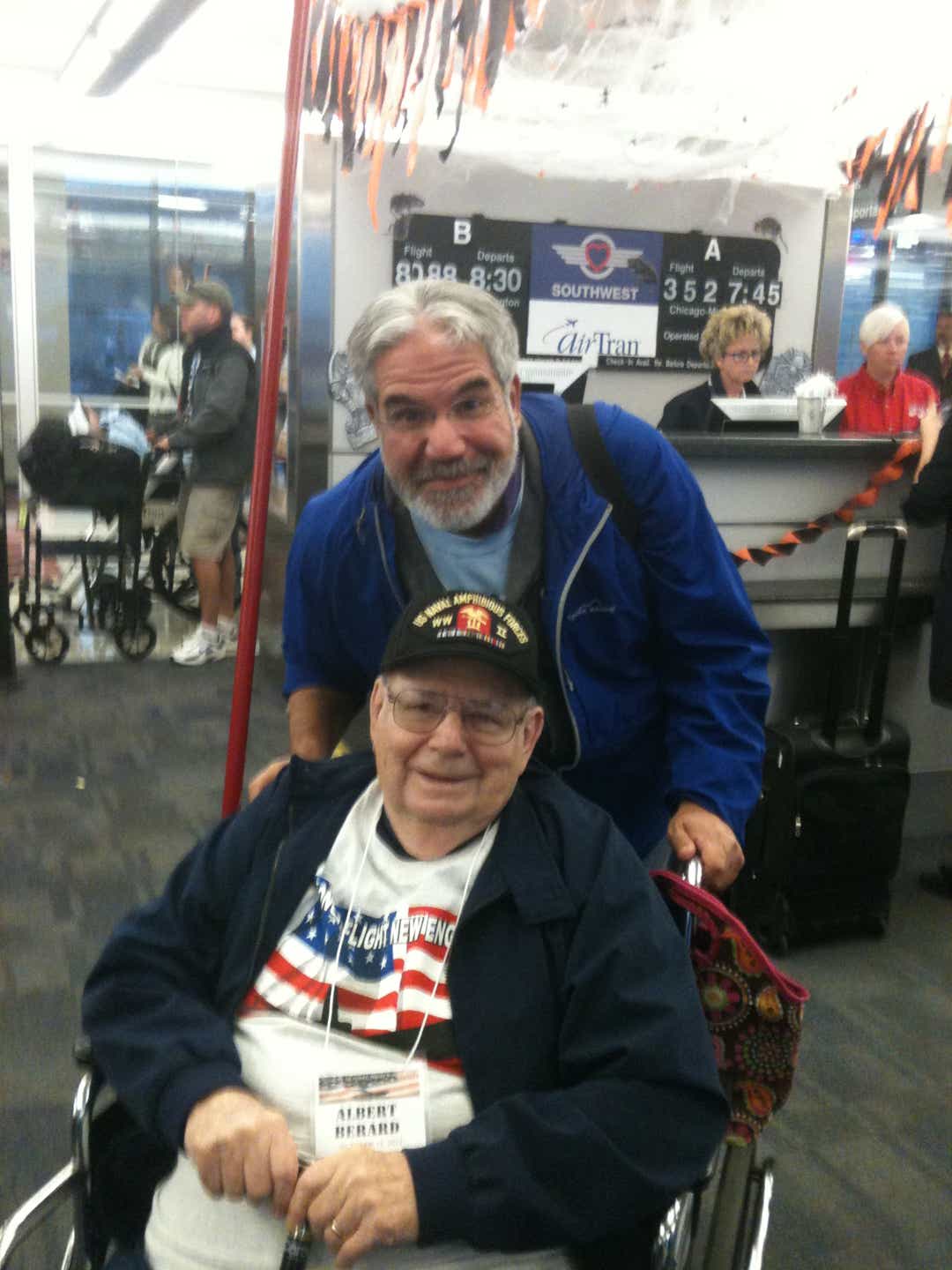 For many years, Albert Berard wouldn’t tell his two sons, Wayne-Daniel and Donald, much about his time at war. He had quit high school to enlist, feeling obliged as an American citizen of proud French heritage to help liberate France. But what he endured were horrors.

Finally, stories emerged, like the one about that day on Omaha Beach, an assault for which he would get the French Legion of Honor. When Steven Spielberg’s “Saving Private Ryan” came out in 1998, with its terrifying and by many accounts accurate depiction of the D-Day landing, matriarch Genevieve Berard refused to go.

“So we went with Dad, and when that opening scene starts with them approaching Omaha Beach, he said, ‘Look, that landing craft there, that’s what I was in,’” says Wayne-Daniel Berard. “Afterward, he said what he went through was far worse, which says something.”

Shortly before Berard died, his sons were told that his nursing home had some patients with COVID-19, but their dad was safe. But then he did contract the virus, and was placed with five others in a dining room that doubled as an isolation ward.

“I couldn’t get close, I couldn’t talk to him,” Wayne-Daniel Berard says softly. “So I went with a sign, which said, ‘We love you, we haven’t forgotten you.’ But he couldn’t see it.”

Albert Berard was a devoted Catholic. When he passed, Wayne-Daniel Berard was adamant about getting last rites administered since he knew that would mean a lot to his father.

After calling around, he found a priest in St. Louis who was willing to conduct the rite by phone with the help of a nursing home worker who provided the oil olive necessary for the benediction. It was the best he could do, but the image still haunts. 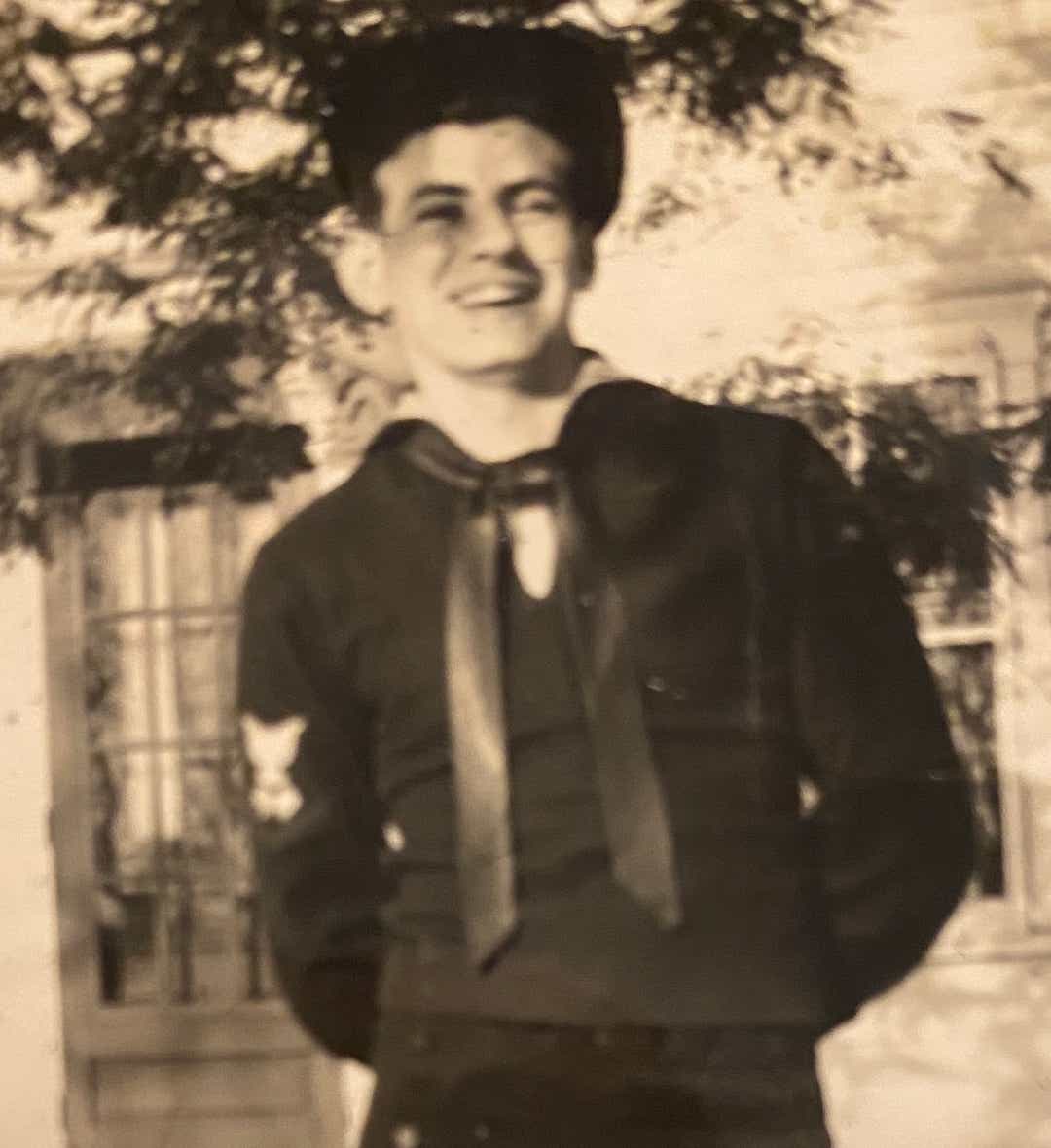 The only positive thing, he adds, is that his father was ready to go after his wife passed a few years back.

“He adored her,” says Wayne-Daniel Berard. “Dad would say, ‘When I was in the war, all I wanted to do was get back to your mother. Now we’re in another war, and I just want to get back to her again.’”