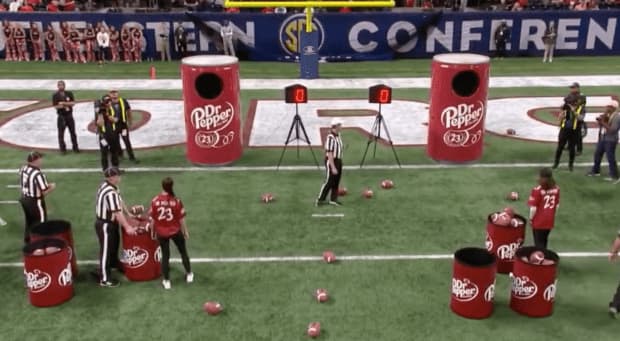 By Daniel Bates Dr. Pepper is doing the right thing after fans made their feelings felt about the company’s “tiebreaker” after their halftime challenge went to double OT. Per CBS’ Jenny Dell, Dr. Pepper is going to be giving both contestants $100,000 for their efforts instead of just one. Fans reacted to the update on Twitter. “AWESOME,” a user replied in all-caps. “That’s a great move,” tweeted Mike Golic. “Dr Pepper made the right call,” another said. “Dr. Pepper made $12.683 Billion last year.” “That’s my company!” a fan exclaimed. “Let this be a lesson to everyone. Internet bullying WORKS….

See also  Wack 100 Claims He Has a Never-Before-Seen Kim Kardashian and Ray J Sex Tape, Offers It to Kanye West