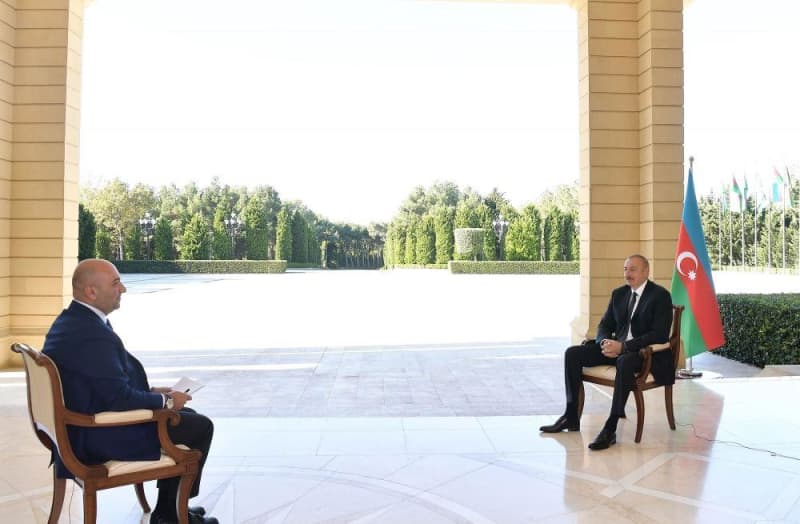 On 13 October, 2020, President of the Republic of Azerbaijan Ilham Aliyev was interviewed by Turkish Haber Türk TV channel. On 14 October, the TV channel broadcast the interview with the head of state. Trend presents the interview. – We are with the President of Azerbaijan, Mr. Ilham Aliyev. Mr. President, you have a busy schedule, both at the front and in diplomacy. Thank you very much for your time with Haber Türk. – Thank you. – Mr. President, a meeting between Armenia and Azerbaijan took place in Moscow, which lasted 11 and a half hours. But after that meeting, Armenia bombarded the city o…