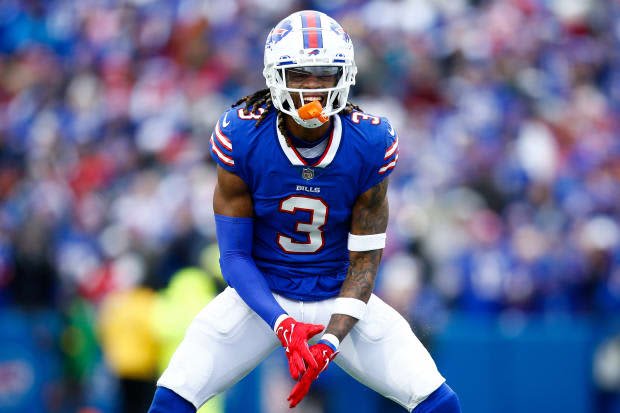 By Daniel Bates Damar Hamlin’s recovery has been nothing short of miraculous. And now, the 24-year-old safety appears to be back in the building with his teammates ahead of their Wild Card Round game against the Dolphins. Per the NFL Network’s Mike Giardi, Bills linebacker Matt Milano shared a photo to his Instagram story of Hamlin in the locker room. The football World reacted to Hamlin’s appearance on Saturday. “Amazing,” a user said. “His smile is everything!” another replied. “GOD DID.” “What a remarkable development for Damar Hamlin now hanging with his brothers less than 2 weeks after hi… END_OF_DOCUMENT_TOKEN_TO_BE_REPLACED Reacts To Damar Hamlin Locker Room Photo” 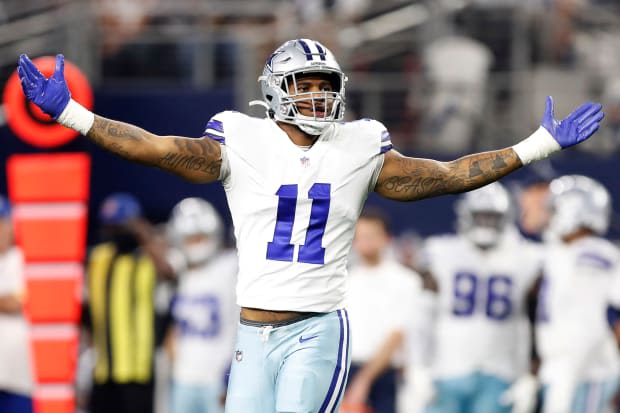 By Daniel Bates This weekend’s playoff game will be one Micah Parsons will never forget. Not because it’ll be against Tom Brady and the Bucs, but it’ll be his first as a father. Taking to Twitter Saturday, the Cowboys star linebacker shared some incredible personal news: he’s going to be a girl dad. “7.1 [pounds]!” Parsons posted. “Thank you God for blessing me with most beautiful baby girl!” Fans reacted to Micah’s special announcement shortly after. “Nothing like it, man,” said Luke Easterling. “Congrats!” “OMG CONGRATS!!!” a fan replied. “Congrats My Boy .. !” tweeted Pat Surtain II. “New m… END_OF_DOCUMENT_TOKEN_TO_BE_REPLACED 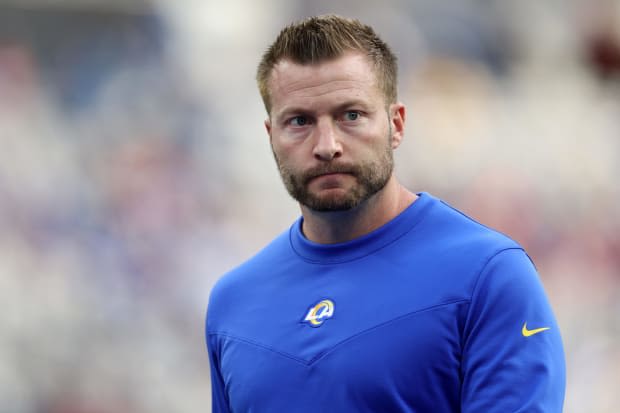 By Daniel Bates After some heavy flirtation with walking away, Sean McVay is set to return to the Rams in 2023. Speaking with the Super Bowl champion coach after his decision, FOX Sports’ Jay Glazer revealed what McVay had to say about his coming back. “After leaning on family and friends, and taking time to reflect; it became clear to me, I don’t want to run away from adversity. I want to run through it,” the 36-year-old HC said. Fans reacted to McVay’s comments on Saturday. “That’s my head coach,” a user replied. “Next season y’all gon f— around and find out on God!” another tweeted. “If t… END_OF_DOCUMENT_TOKEN_TO_BE_REPLACED 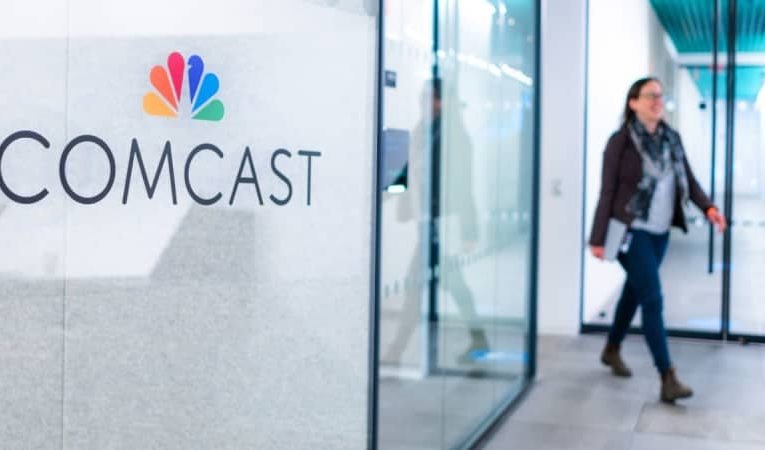 By Daniel Kline The cable and internet giant’s Xfinity brand has a deal that looks a lot like it’s upstart rival but you need to look closer. Comcast (CMCSA) – Get Free Report struggles whenever it faces actual competition. That’s because the cable and internet giant enjoyed a monopoly in most of its markets by intentional design. Back in the 1980s, every community wanted to have cable television but that required a lot of expensive infrastructure. Comcast and other companies went to those cities and towns and offered to spend the money needed to wire them for cable in exchange for exclusivity… END_OF_DOCUMENT_TOKEN_TO_BE_REPLACED 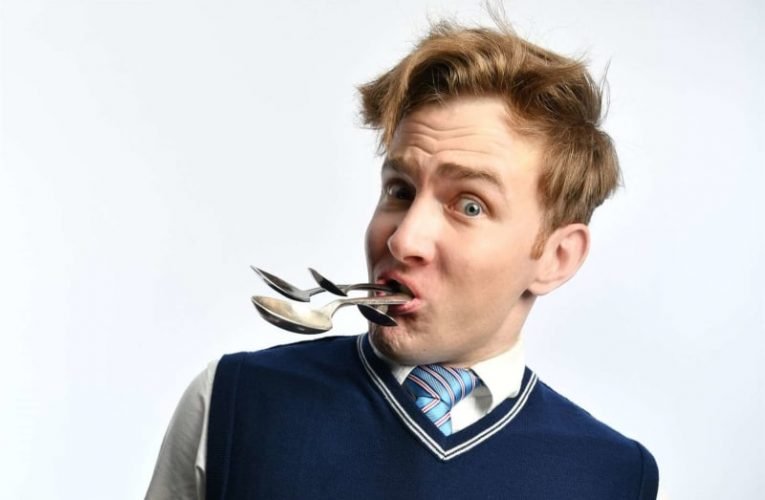 By adrian.peel@iliffemedia.co.uk (Adrian Peel) A lot has changed since Tom Houghton brought his brand of soulful, thought-provoking and downright hilarious observational comedy to Cambridge last year. The son of the ex-Chief of Defence Staff has moved away from his home at the Tower of London (yes, really), is about to embark on a second stand-up tour, titled Absolute Shambles, and has filmed a TV special for Netflix. So we had a lot to catch up on as he heads back to Cambridge, where he received an extremely warm reception from the audience at his sold-out performance last March on his debut … END_OF_DOCUMENT_TOKEN_TO_BE_REPLACED 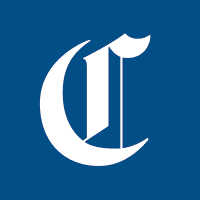 CHICAGO — The Chicago Bulls couldn’t pick up the slack in their second straight game without DeMar DeRozan, crumbling under the Oklahoma City Thunder’s offensive pressure in a 124-110 loss that extended their skid to three games. Before the game, coach Billy Donovan said the Bulls don’t consider DeRozan’s right quadriceps strain to be “serious” but the team also is wary of worsening the injury by rushing DeRozan back. The Bulls remained out of sync without DeRozan, struggling to create and maintain a rhythm in their offense. This was only the eighth game the Bulls have played without DeRozan s… END_OF_DOCUMENT_TOKEN_TO_BE_REPLACED 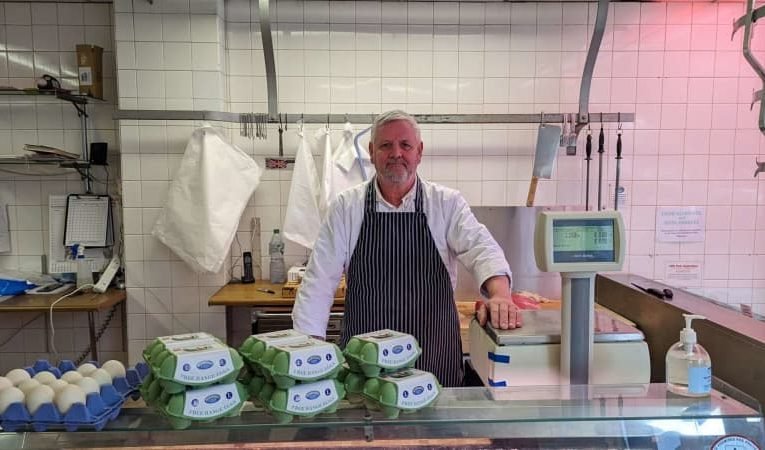 By rgriffiths@thekmgroup.co.uk (Rhys Griffiths) During the tumultuous three years since the emergence of Covid, businesses across the county have faced a series of shocks – from lockdowns and staff shortages, to soaring bills and the cost of living crisis. But some Kent high streets have emerged from the pandemic in rude health, thanks to a surge in people moving from London, along with changes to working patterns and shopping habits, as Rhys Griffiths and Brad Harper report… After a bumper Christmas which saw shoppers queuing out the door and up the street, it is unsurprising to find butche… END_OF_DOCUMENT_TOKEN_TO_BE_REPLACED 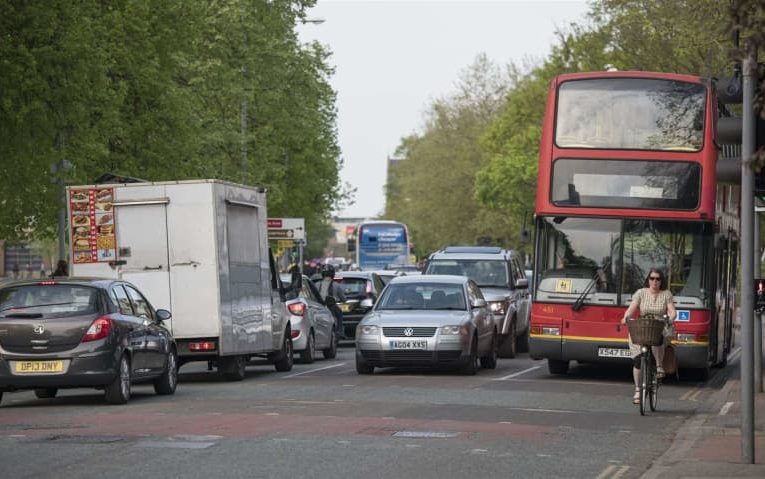 By gemma.gardner@iliffemedia.co.uk (Gemma Gardner) Doubt has been cast on data used by the Greater Cambridge Partnership (GCP) to justify its road-charging proposals after a maths blunder. The GCP claimed that Greater Cambridge’s population will grow by 28 per cent by 2031. It used the figure in its Making Connections consultation to explain why it was putting forward plans to fund a radically improved bus network by charging car drivers £5 – or more for larger vehicles – to travel in Cambridge each weekday from 7am to 7pm. Prof Kathy Liddell, founding director of the Cambridge Centre for Law,… END_OF_DOCUMENT_TOKEN_TO_BE_REPLACED 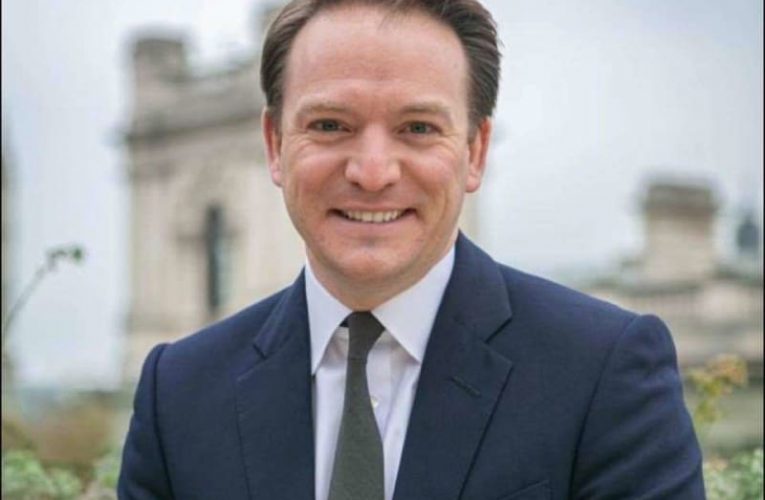 As life returns to normal after the Christmas period, most of us will have made use of the transport network to get back to work or to see friends and family. Whichever way we travel, we can all appreciate the value of our trains, as they either get us around and help free up traffic on our roads. We are fortunate to have such fantastic rail links here in Grantham, with London and Leeds just over an hour away. Since Britain’s first steam-powered passenger railway opened in 1830, the railways have played an important role in our national story, whether as a source of our industrial strength in … END_OF_DOCUMENT_TOKEN_TO_BE_REPLACED 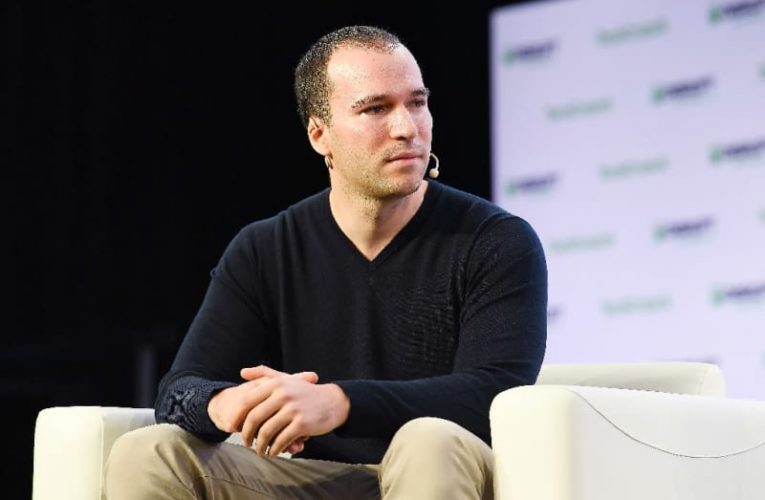 Paris (AFP) – The hottest startup in Silicon Valley right now is OpenAI, the Microsoft-backed developer of ChatGPT, a much-hyped chatbot that can write a poem, college essay or even a line of software code. Tesla tycoon Elon Musk was an early investor in OpenAI and Microsoft is reported to be in talks to up an initial investment of $1 billion to $10 billion in a goal to challenge Google’s World-dominating search engine. If agreed, the cash injection by the Windows-maker would value OpenAI at a whopping $29 billion, making it a rare tech-World success when major players such as Amazon, Meta and… END_OF_DOCUMENT_TOKEN_TO_BE_REPLACED